There are soooooo many reasons a home or business could do with a Property Clearing…. but here’s just a handful for now!

* People who lived in your home before you (ALL of them) have left behind their energetic imprints
* Those imprints can be made up of arguments, anger, loneliness, self doubt… the list is endless
* They may also have left behind imprints of ill health and disease
* The land itself has a history that goes way beyond what you’ll probably know about
* That history could include battles, burials, wars, sacred ceremonies etc

Depending on both the land itself, and the type of people who have been on the land, this can open up a whole bunch of other stuff we don’t usually talk about.

Now, to me, the idea of all those imprints from previous residents in my home makes me think of taking a bath after all of them have been in there first. Eeeewwww! Just… NO. 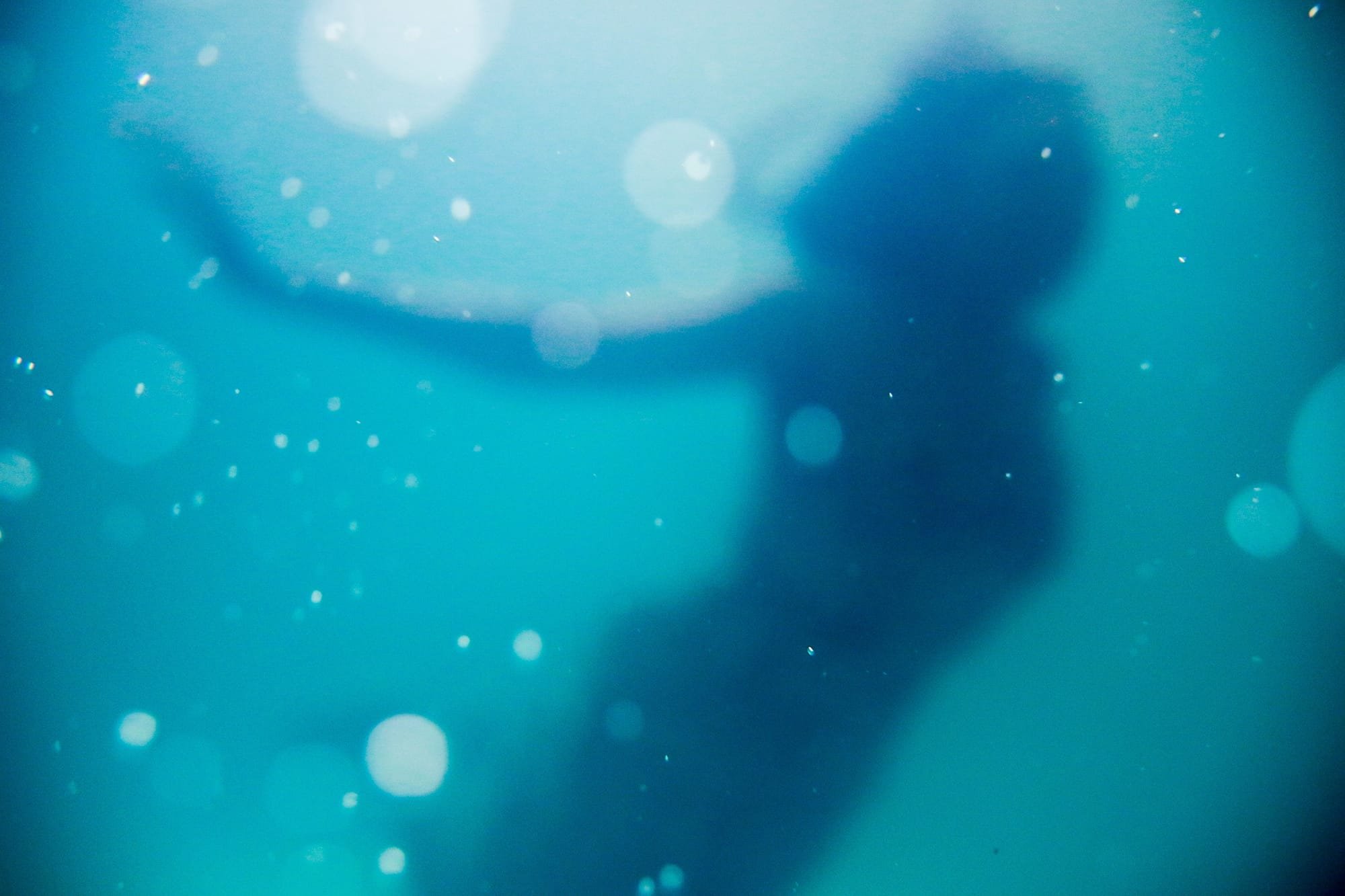 But we do kind of swim through their energetic residue, so just as there will be dust that settles on to our furniture, there is a kind of ‘energetic dust’ from those leftover emotions and health problems that can settle over US.

Now, if we’re already of a reasonably high vibration, hopefully these won’t affect us substantially. But, wherever there is a vibrational match to something, it can cling to us and become more solid as time goes on. For example, say the couple that last lived in your home had been married for ever but there was a steep decline in their happiness. They would bicker and fight on a daily basis; constantly picking on each other. They became so angry that neither of them bothered too much with keeping the house tidy and organised either. You then enter the home, get all comfy, and gradually (you may not even notice) you and your partner start getting into petty little arguments, which was such a rare thing before you moved house. Your youngest child starts having nightmares. You find that you just aren’t as organised as you used to be, and you seem to get frustrated so much quicker now. And if you were already 'pre-disposed' to particular negative emotions or health issues - which is highly likely since that's part of why we feel a vibrational match to a home - then they will of course become even bigger issues. Ever heard of someone who 'ever since they moved' seemed to always run into financial troubles? Or headaches started? Their relationship started breaking down? See where this is going??

What if there were people at one stage who thought it would be kinda fun to dabble in black magic in your kitchen? That residue could still be around. What if there was such a strong undercurrent of energy on the land that it became the perfect place to open up a portal for some really creepy stuff to start wandering in? What if there were battles fought and the souls of those that died are still attached to the property? What if the house itself was built by someone filled with anger and resentment? What if through various circumstances, the overall vibration of the house/property just isn’t that high? 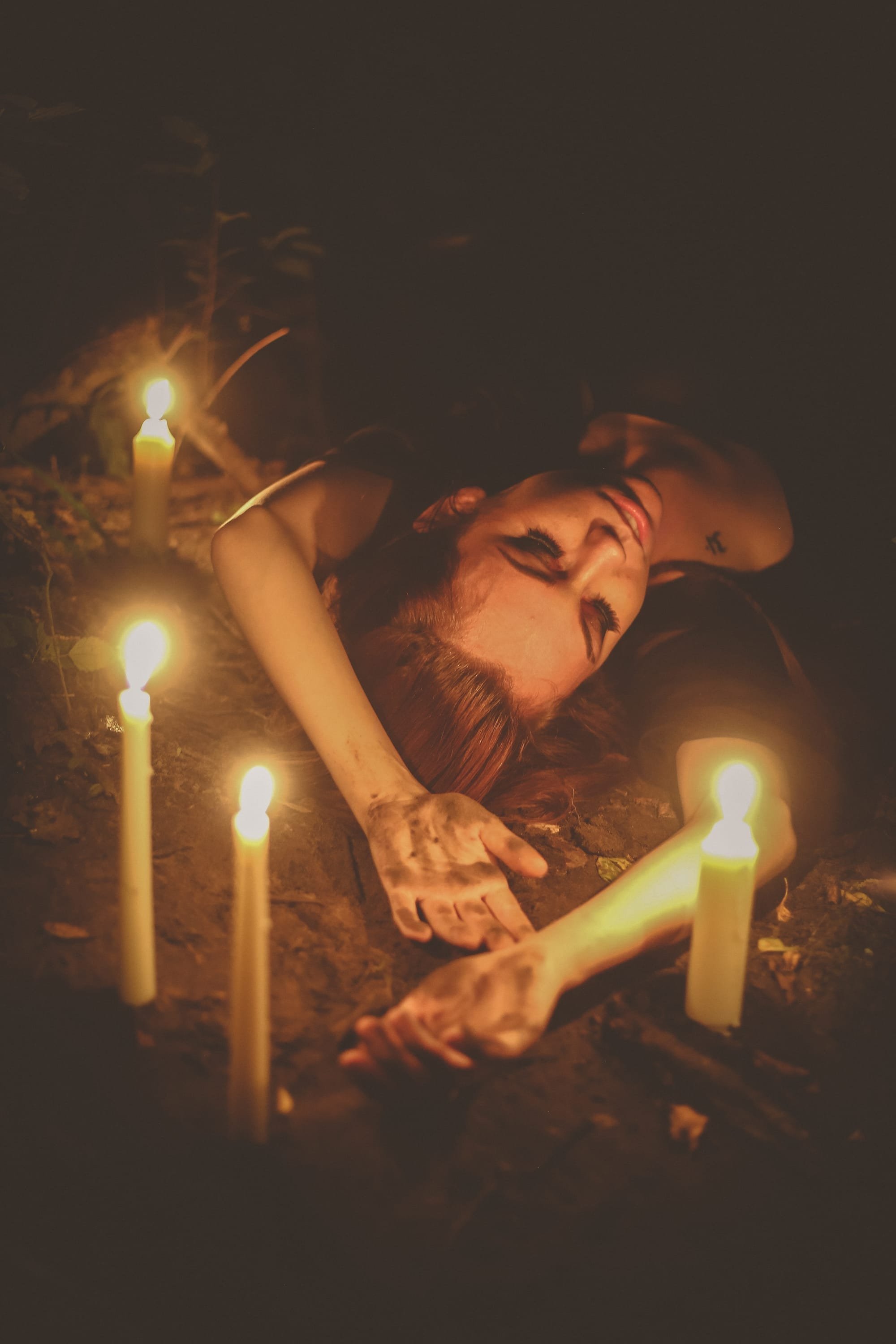 It’s probably important to point out that we will automatically be attracted to a home that is a vibrational match to our own current state. There can be a bit of a difference on either side of course, which means potentially, if the house is a higher vibration to where you are now, it is helping to lift you up! If it’s lower, then yep, it’s bringing you down. Unless you ‘tuned in’ you most likely wouldn’t even be aware of it.

But if you stop and think about it now, is there anything in your life or for others living in the house, that only started after you moved in? Are there any areas of the house and garden for example, that you just don’t go into, for no actual reason? Do you ever feel just a little on-edge - especially at night when you’re alone? Do you ever think you see something out of the corner of your eye, like a shadow move? OK, OK…. I’ll stop. I’m not trying to portray the opening scenes of a scary movie! I’ll give you an example of my own recent property clearing experience instead. (Not scary!)

A little before Christmas 2017 we made an out-of-the-blue decision to re-locate to the Blue Mountains. Found the perfect house finally, but even as we walked around the garden, I just stayed away from the back corner and one particular side of the property. It took me several weeks after moving in before I did a property clearing (It was summer, it was a tough move, I was exhausted!) Before I did the clearing though, I used a pendulum, as well as dowsing rods to conduct a bit of an experiment. I ‘tested’ the general areas I had previously avoided walking in to. YES! Confirmation! But, was it really? I was still quite exhausted. Maybe my mind was making these devices match up with what I had already decided? Time to bring in the hubby and the child! One at a time, without discussing much and without either seeing what the other was doing, I sent them into various directions all over our back yard with the dowsing rods. And what happened? The EXACT same spots that I had found to be ‘dubious’ also tested negative for BOTH of them! OK…. Now we’re definitely onto something!

So, property clearing for new house done, and here’s what I’ve noticed when I look back:

- I no longer have that eery feeling that I’m being watched
- No more creepy feeling and uneasiness at night time
- I will happily march into all areas of the garden now
- I smile as soon as I walk out there
- A ‘general’ lighter feeling throughout the home for all of us
- Those little family squabbles have massively reduced
- Everyone seems to sleep better / fall asleep easier
- Everyone seems that little bit more relaxed and happier
- The back neighbours cleaned up the scrub and rubbish behind our adjoining gate!!
(This was right behind hat back corner part that I didn't like being in. That's impressive.)
- More birds have been coming to the garden - SO many more

I swear, there are days that I think if I walked outside dressed as Snow White, a bunch of the little chirpers would start talking to me and doing my housekeeping chores for me!

Now, that’s the light version! I should also mention that some of the things I found on my property was a Gateway, five (yes, 5) Portals - all of them in the general areas I had tested -  an Earthbound Soul from a battle long, long ago…. along with just a few other negative energies and entities. Interesting to note: The trees that are growing in these areas are all crooked or mis-shapen in some way. Hmmmm. I really feel as though this property had been calling to me to take up residence, knowing that I would clear it of all the yucky stuff. (Side note: some properties do actually have a 'Guardian' and yep, mine does. A very clever one, obviously!)

With all the inner work and frequency-raising that had been going on for myself, my husband and our child over the last few years, it makes sense that the vibration of our previous home just wasn’t up to our new ‘levels’. Yes, I had done property clearings, and it was fab, but the surrounding area was just, uggh. Several weeks after discussing how we would be staying in that house for at least 5 years for our daughter to stay at the local school, we happened to be on a drive in the Blue Mountains. We walked through a couple of villages, and suddenly we were all feeling that we should move here. Just like that! The surrounding areas are not only stunning and historic, but so serene and calming and beautiful… no wonder our Souls forcefully shoved gently nudged us to move here! 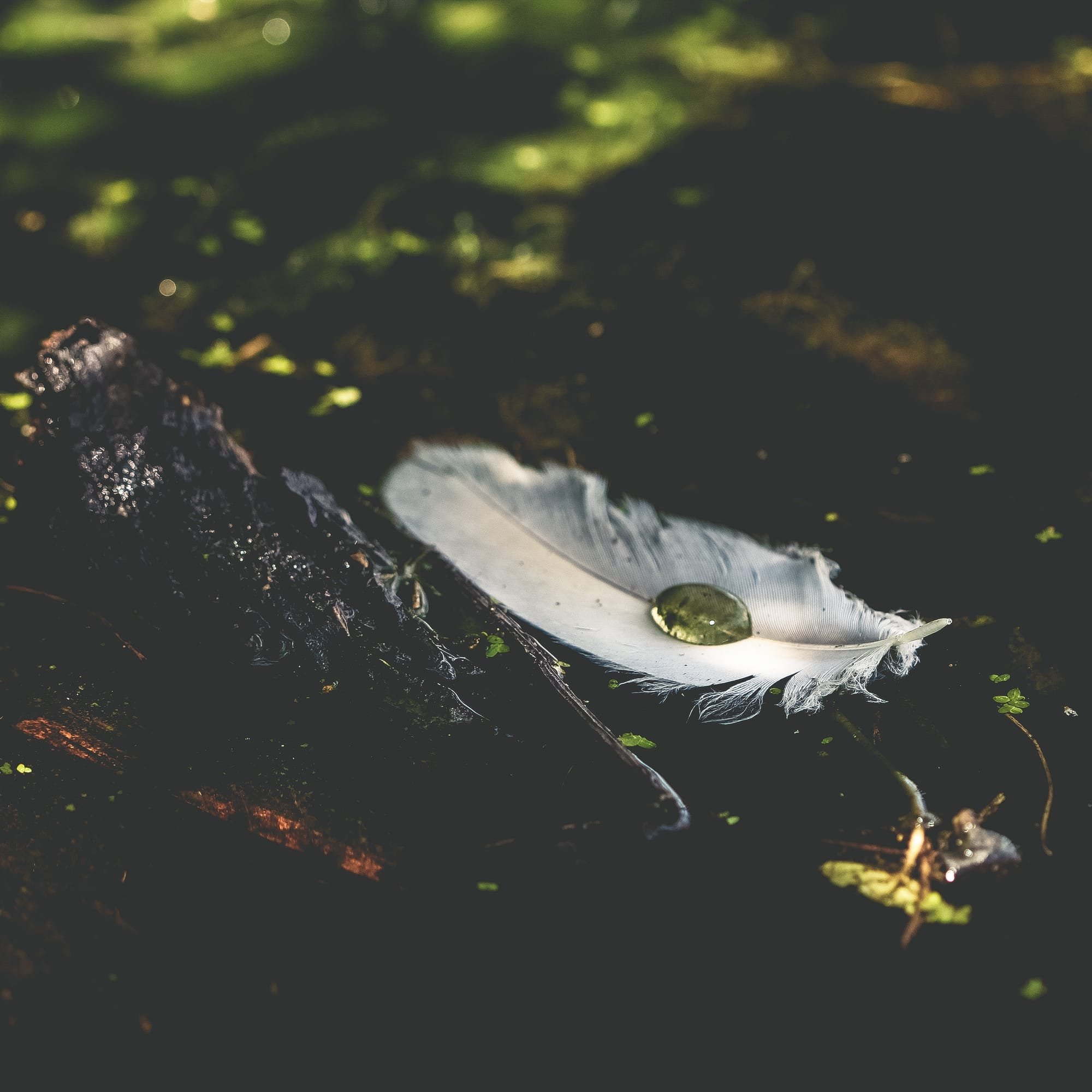 Anyway, as you can see, our homes can be up against a LOT, and as much as I will always recommend clearing your home of negative energy using smudge sticks, singing bowls, crystals etc, there is so much more ‘stubborn grime’ that exists under the surface that just won’t be smudged out with some sage and a feather!

If you’ve had a look around my website already, you’ll know that every Soul has a ‘file’ so to speak in the Akashic Records. Well, so does every property! And THIS is how I can access a file for a property anywhere in the world, and get straight to the database records to find out just what is lurking around your home and clear it.

One of the reasons I also highly recommend an energetic Property Clearing for your home after you’ve had a Soul Realignment done, is because through that process and the inner work that you’ll have been doing, your vibration will be higher than it used to be, so it makes sense that your home environment is no longer a vibrational match to your new energetic state. By doing a clearing on your home, it will also have an increased vibrational frequency which allows your home to not only be comfortable for you, but nurturing and supportive as well. Our home is our safe haven; where we SHOULD feel nurtured, where we ABSOLUTELY need to feel relaxed and calm, and where we sleep peacefully, knowing our home is filled with love and positive vibes.

Well, that’s my thinking at least! What are your thoughts?
xx 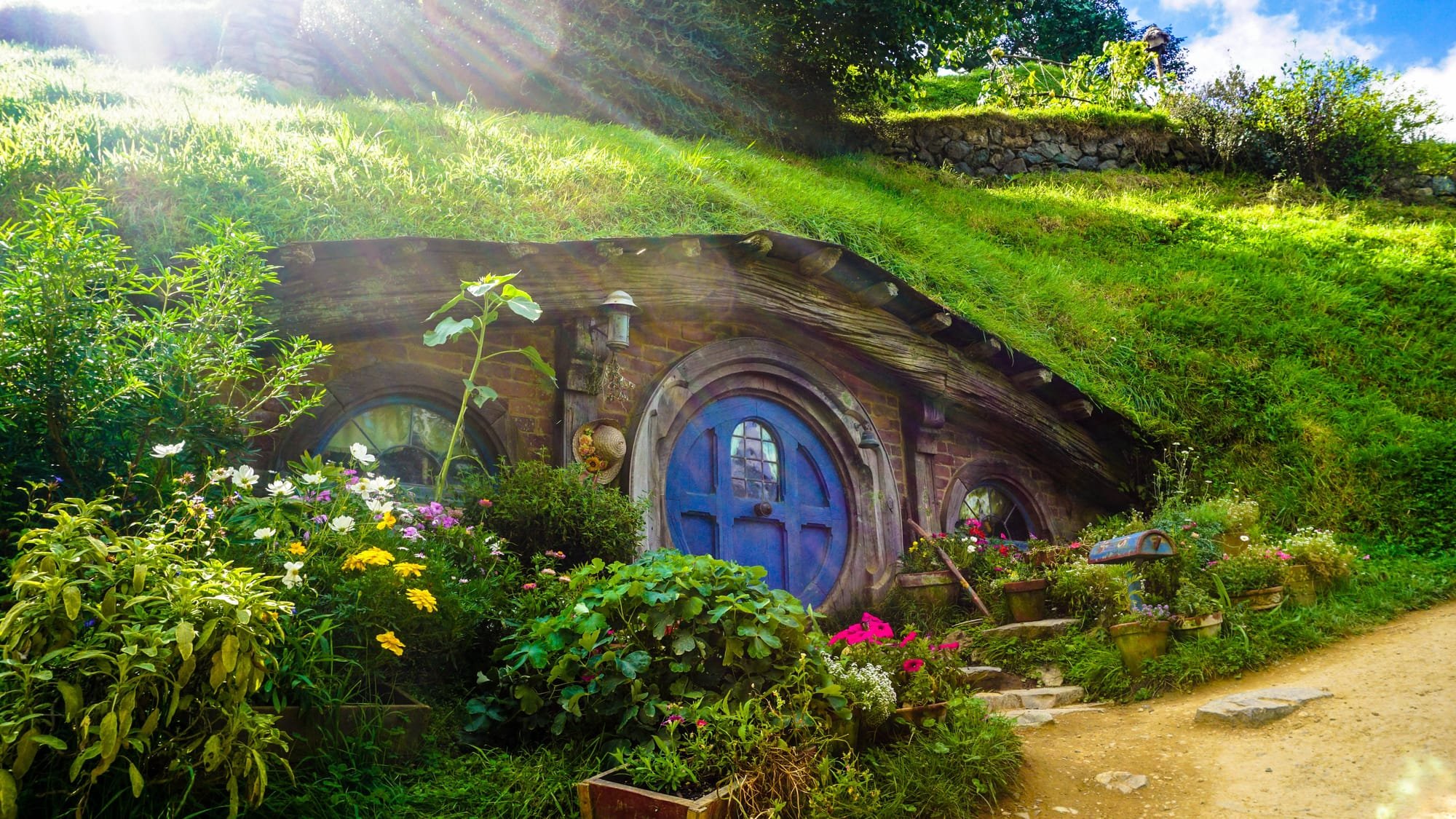